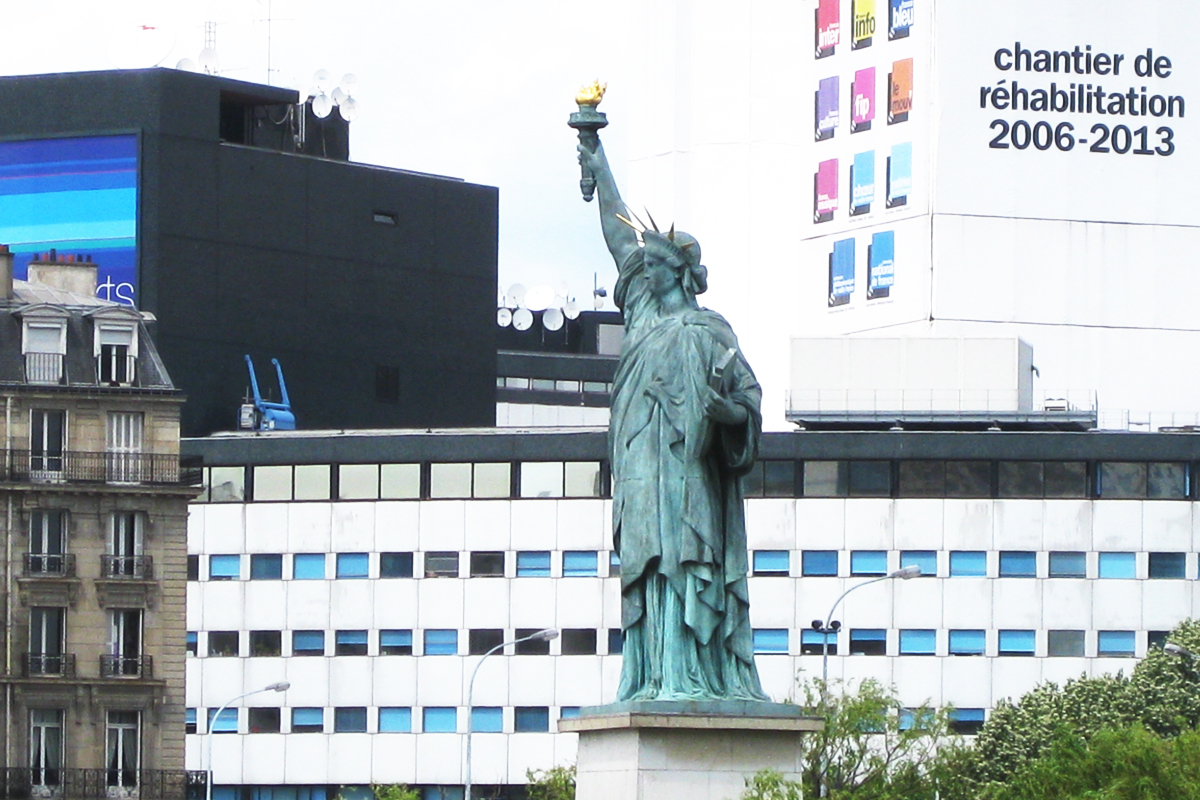 Statue of Liberty in Paris

Lady Liberty has a little sister!

Britain has Big Ben. France has the Eiffel Tower. Italy has the Leaning Tower of Pisa. America has the Statue of Liberty. For generations of Americans and those aspiring to become Americans, the Statue of Liberty is a symbol of ideals America was founded on. But did you know that the iconic 151-foot copper statue towering over New York harbor welcoming immigrants to America’s shores has a sister in the city of light?

The Statue of Liberty was the brainchild of French sculptor Frédéric Bartholdi, who wanted to design a gift from France to commemorate American independence. Given the icon the Statue of Liberty was destined to become, you would think our government would be overjoyed to have such a gift. You would be wrong. Though statue itself was a gift, and the island was already owned by the federal government, there was the matter of the pedestal. The Americans were expected to foot the bill for that, and then, as now, our government has a dislike of spending money on its people. Both the federal government and New York state refused to put any money towards the pedestal. Fundraising began in 1882 and stalled out just $100,000 shy of its goal. The statue sat completed in France, but it could not be shipped here until there was a place to put it. Joseph Pulitzer (yes, that Pulitzer), publisher of the New York World began a fundraising drive to come up with the remaining funds with a promise to print the names of all donors, no matter how small their donation. Finally, in August 1885, the money had been raised, mostly from donations of less than a dollar. The pedestal was completed the following April and the statue was reassembled and dedicated on October 28, 1886.

The statue was an immediate success, and three years later, Paris got their own. Dedicated on July 4, 1889, the 37-foot high statue sits on small island in the Seine near Pont du Grenelle in western Paris. In addition to July 4, 1776, the Parisian version also has July 14, 1789, Bastille Day, inscribed on her tablet.

The statue is located near the Javel-Andre Citroen Metro station and Avenue du President Kennedy RER station. It looks closer to the Eiffel Tower on a map than it actually is.

Though smaller than her big sister, it is neat to see a smaller version of the Statue of Liberty in Paris