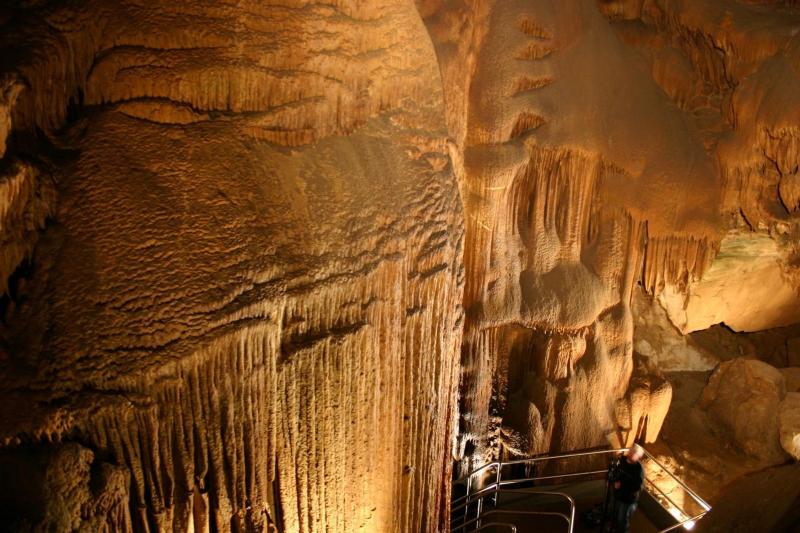 No, those aren’t the titles of Stephen King short stories. They’re all geological features that can be found at Mammoth Cave National Park in Kentucky.

Mammoth Cave is the largest cave system in the world. The caverns stretch for more than 400 miles underneath the 52,000-acre national park, which was established in 1941, even though people have been touring the cave system since 1816.

Early tour guide Stephen Bishop called Mammoth Cave “a grand, gloomy and peculiar place,” and it lives up to the billing. Stand at the main entrance to the cave, and you’ll feel the cool air rising up from below. Walk down a flight of concrete stairs, accompanied by the steady drip of water, and you enter the same caves that were first explored by Native Americans more than 4,000 years ago.

And don’t worry if you’re claustrophobic: after a little bit of a low ceiling when you first enter, Mammoth Cave lives up to its name and opens into a cavernous expanse. I can’t say you won’t freak out a little when they turn off all the lights, though.

Not all the sights are underground, either. Mammoth Cave National Park has 80 miles of hiking trails (some for biking and horseback riding, too), campsites, and canoeing and fishing in the Green River. (The Green River really is green, too, thanks to all the dissolved limestone in it.)

Mammoth Cave isn’t exactly close to the major cities in the area – about an hour and a half from Nashville or Louisville and two-plus hours from Lexington – but the drive is scenic, especially coming north from Nashville.

It’s a one-of-a-kind experience. Even if you’re not a champion spelunker, there’s plenty to see and do above ground.

Statue of Liberty in Paris