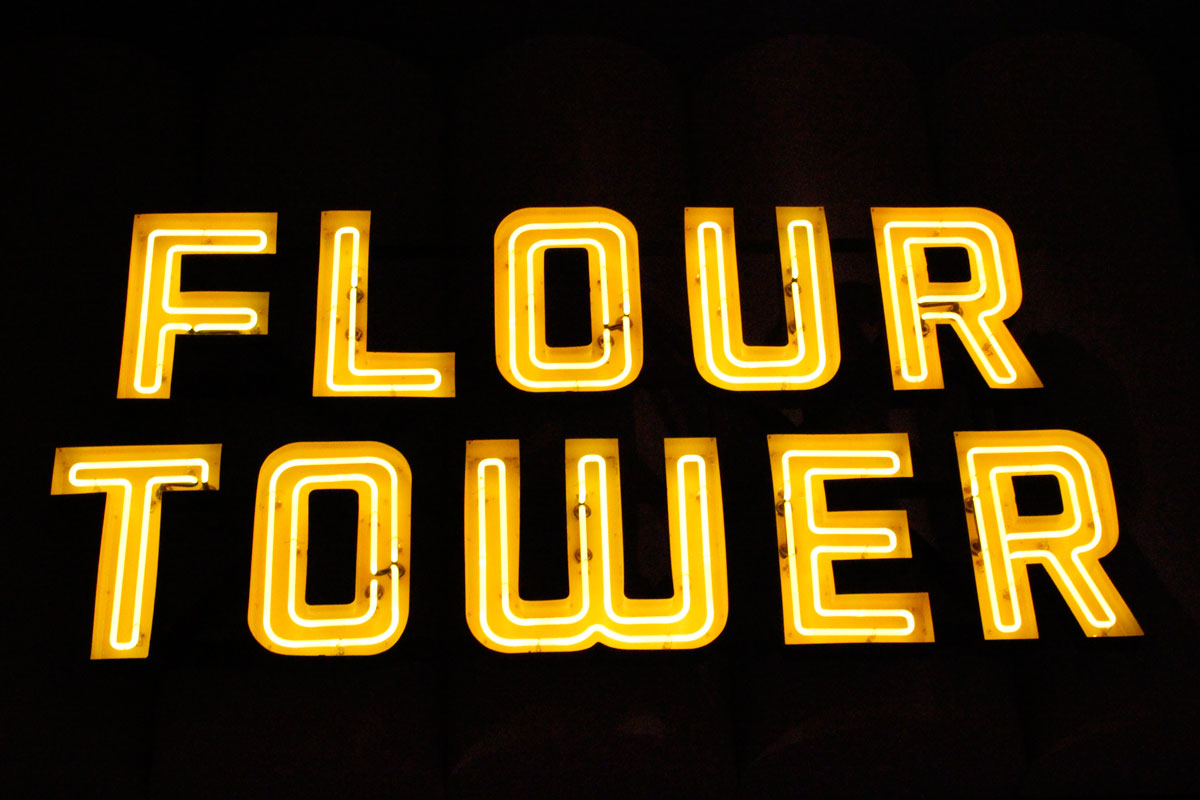 A museum with an explosive past

The core of Minneapolis is St. Anthony Falls, the highest waterfall on the Mississippi River. The city’s explosive growth during the late 1800s and early 1900s was fueled by mills utilizing this waterfall to turn cotton, wood and most importantly – wheat, into consumer products for a growing nation. At the height of production, there were 34 flour mills in the city, 10% of the country was fed from flour milled in Minneapolis, and a single mill produced enough flour for 12 million loaves of bread a day.

Located on the western side of the river adjacent to the falls was the Washburn A Mill. Built in 1874, it was the world’s largest flour mill. On May 2, 1878, the mill exploded when a spark ignited the ambient flour dust that coated every surface and floated in the air. The resulting explosion was so large that it could be felt for miles and folks in Wisconsin reported an earthquake that day. The mill was quickly rebuilt and stayed in production until 1965, when General Mills moved production elsewhere. The mill was abandoned, and on a fateful night in 1991 it again caught fire. The Historical Society immediately asked the firefighters to save as much of the fabric of the building as possible, and once the fires were extinguished, they began a campaign to resurrect the old mill as the Mill City Museum.

Twelve years later, the museum opened to the public with exhibits about the history of flour milling in the area, artifacts and advertisements for commercial products, a baking lab (with samples!), the flour tower tour/ride, amazing views and a short film called Minneapolis in 19 minutes Flat.

The film is one of the highlights of a visit to the museum. It’s an amusing look at the history of the city by Minnesota native and NPR story-teller Kevin Kling.

Our favorite part of our visit was taking the Flour Tower tour. You ride an old freight elevator through eight stories of history and story telling.

After the flour tower tour, you are deposited at the top of the building. From there you can enjoy sweeping vistas of St. Anthony Falls and the Stone Arch Bridge from the viewing platform.

The architecture of the museum is stunning. The remnants of the ruined mill are encased in glass and steel, allowing the visitor to get a feel for the scale of the original building.

The courtyard once held a giant turbine, and now is a venue for concerts, weddings and other events.

It’s the perfect place to start your visit to the city for an overview of the history, the culture and the industry that made this city great.

This is one of the top attractions in Minneapolis for a reason. It’s great for kids, history buffs and anyone who wants to know more about the city. Who knew flour could tell such an interesting story?

Disclosure: Our visit was courtesy The Mill City Museum, however all photos and opinions are our own.