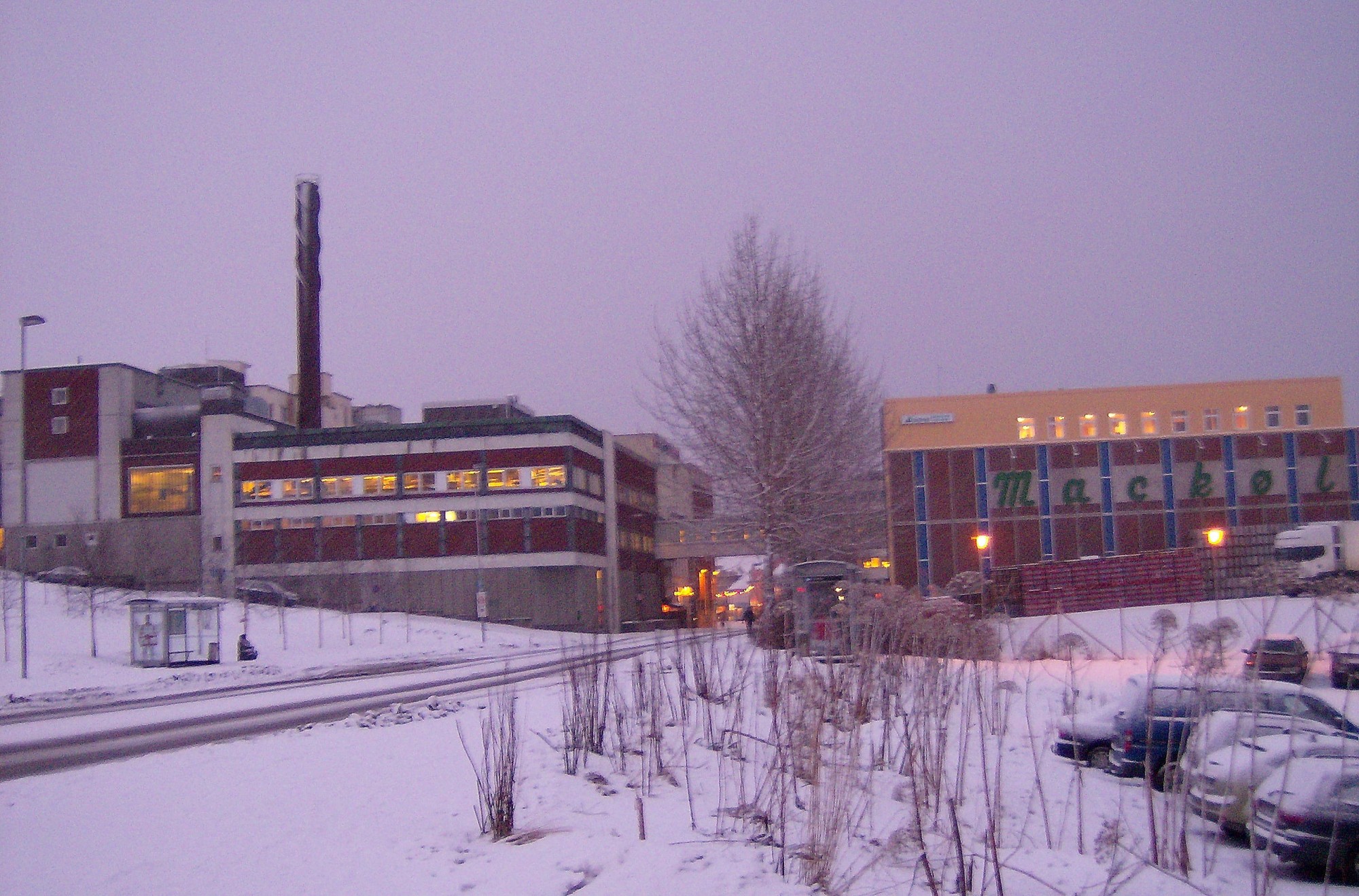 As we made a broad loop around the island of Tromsø, Norway I looked eagerly out the airplane window and realized for the first time in my life I was north of the Arctic Circle. I wanted, more than anything, to remember that view forever – even if, from above, our approach to Tromsø was oddly similar to a late night landing in Des Moines. It was mid-afternoon, after all. And it was December. Everything was pitch black, the streetlights were on, and that’s about how it stays for most of the winter. The exception is a few hours of watery daylight each day around noon, and all Norwegians will encourage you to go out in it, no matter how cold. My trip was improved immeasurably by two things: that advice, and the happy realization that this frozen outpost held a most historic and unique brewery.

Mack Beer was introduced to us by the locals during our first night in the city. It had a uniquely crisp flavor that we were told (quite proudly) was due to the purity of the glacial water used in the brewing. There are several varieties, but the light hoppy Pilsner was my favorite. The Brewery was at the end of one of the two long main streets and had been there since the late 1870s. Our tour was led by a friendly native of the city who provided commentary not only on the brewing process but provided a color commentary on the long history of this city that has held on for so long on the edge of the Arctic wilderness. The brewery itself is across the street from an equally historic Beer Hall known as Ølhallen, which is a must stop after the tour. The Hall comes with its own requisite colorful history: there is a stuffed and mounted polar bear with an alarmingly wide paw still in mid swipe and Ølhallen has the distinction of holding out until 1973 before reluctantly allowing the fairer sex to enter and quaff a few pints alongside the men. These days, the ladies are always welcome and although the Hall closes around 6 pm, it is an excellent start to an evening out. The remainder of Tromsø’s lively bars and chic nightclubs rivaled any we saw in Oslo or Bergen and were just getting warmed up as we amateurs made our way back to the hotel at 2 or 3 in the morning. And the usual jetlag and/or hangover just isn’t as bad when you come downstairs to a candlelit breakfast each morning to plan another windswept day at the top of the world.

Note: The makers of Mack have since moved the brewery out of the city but the beer hall remains. The 15 + varieties of Mack can be found in almost every self-respecting watering hole for miles. Tromsø is a unique and exciting city to visit at any time of year; don’t let the lack of sunlight and all those glaciers scare you. It is full of vibrant university students and a laid back vibe that makes any visitor feel immediately welcome. I can’t wait to go back!