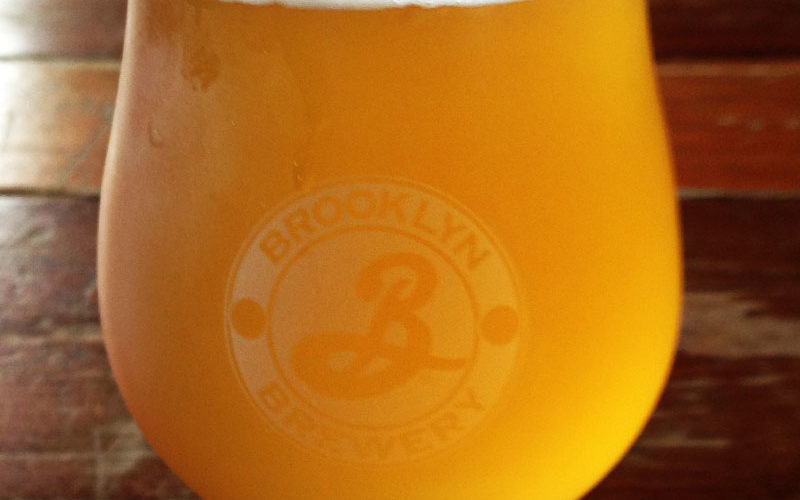 25 years of inventive brewing goodness in the heart of Brooklyn

Did you know that Pre-Prohibition New York once accounted for 10% of the beer production in the country? From its earliest days, New York’s Dutch and German immigrants brewed beer in the city and it took the passage of the 18th amendment to disrupt this long standing tradition. Although Prohibition ended in 1933, New York never regained its place among the beer-producing hubs.

That is, until craft and home brewing gained ground in the 1970s. Ironically, it was the teetotalling middle eastern culture of the 1980s that spurred an AP foreign correspondent named Steve Hindy to brew his own beer in his hotel room in order to stay sane. Upon returning home, Steve and a neighbor (a former banker named Tom Potter) continued their home brewing passion and eventually opened Brooklyn Brewery. Twenty-five years later, the brewery has grown into the 11th largest craft brewery in America, a symbol of the cultural rebirth of the hipster borough.

This brewery prides itself on its willingness to experiment with ingredients, previously creating beers centered on oatmeal cookies, Woodford Reserve Bourbon barrels or maple syrup. But they do have strong lineup of traditional beers, especially their best-selling Brooklyn Lager. We actually tried two lagers—the traditional one and the “Silver Anniversary” edition, naturally carbonated in champagne bottles. If you like the light effervescence of champagne, but want a kick, the special edition lager is for you.

If you’d like to tour on the weekdays at 5 pm, reserve your spot online! Spots fill up quickly and can be booked solid up to three weeks. However, the brewery is open on the weekends beginning at noon and hourly tours are available without reservations. On the other hand, for $8, the weekday tours come with a stylish tasting glass and the opportunity to taste some of their more exclusive offerings. The tour guides are friendly, quick-witted and knowledgeable, so bring cash to tip them—they deserve it.

Brooklyn Brewery stands as much more than a building that produces beer. It’s the delicious representation of a renewed New York borough and a shining example of what happens when you pursue your passions.