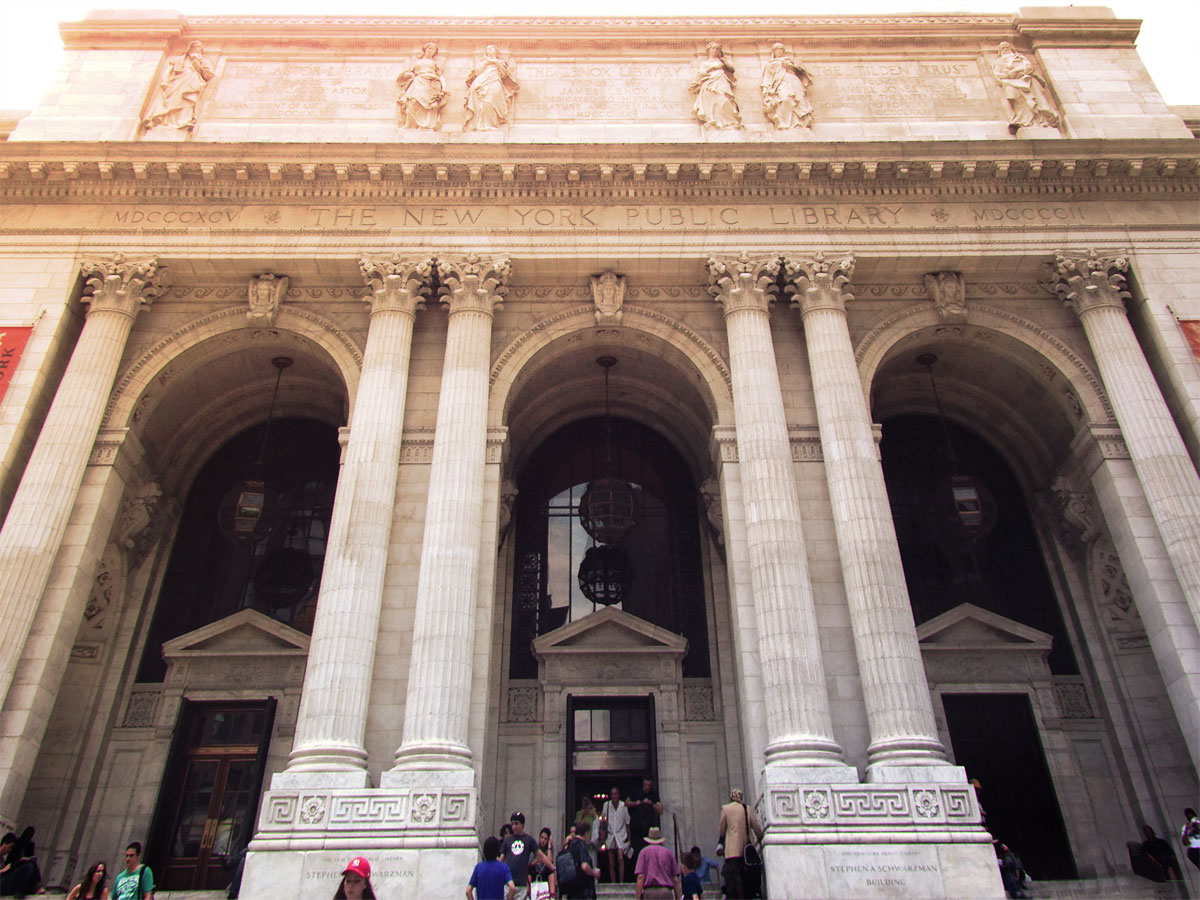 Much More Than Books

This century-old landmark is a hub of intellectual development that helped people develop the Polaroid camera, the Xerox photocopier, Ripley’s Believe it or Not!, Reader’s Digest magazine…oh, who are we kidding, it’s awesome because they filmed Ghostbusters in one of the main reading rooms!

But once you’ve finished occupying the same hallowed ground that once supported Bill Murray, you’ll realize that this library’s greatness is beyond its treasury of written words. Considered the pinnacle of American Beaux-Arts architecture, the iconic lions stand guard to the entrance steps that lead to a foyer that rivals capitol buildings and churches in terms of extravagance and awe-inspiring craftsmanship. Take a tour of the library in order to gauge the vast information it holds. But make sure to look up. The third floor boasts enormous panels depicting revolutions of the written word, from the Ten Commandments to Johannes Gutenberg’s printing press.

Speaking of Gutenberg, an original Gutenburg Bible is available for viewing between the North and South Reading Rooms. It’s one of the many historical pieces dispersed throughout the library. You can also find colonial portraits, rare books and manuscripts and seasonal exhibits showcasing artists’ connections to the city and their art. Currently, the library is showing a Frederico Garcia Lorca exhibit highlighting his period as a Columbia student (which, through his experiences with the African-American underclass of Harlem, fueled the sense of social justice he brought back to Spain). You can also see Mary Cassatt’s early sketches which inspired her eventual joining of the Impressionist movement.

The Schwarzman Building opens at 10 am and closes between 5 and 8 pm (depending on the day). Certain exhibits and rooms do not allow photos taken, so make sure to check before snapping pics. It would also be a good idea to turn your phone off or to silent during you visit (it’s still a library, after all).

Of all the historical buildings New York offers, this is one of the most impressive for its sheer openness. Because its mission is to serve the public, you’ll really encounter a widest array of history and humanity within the stone walls of the New York Public Library!