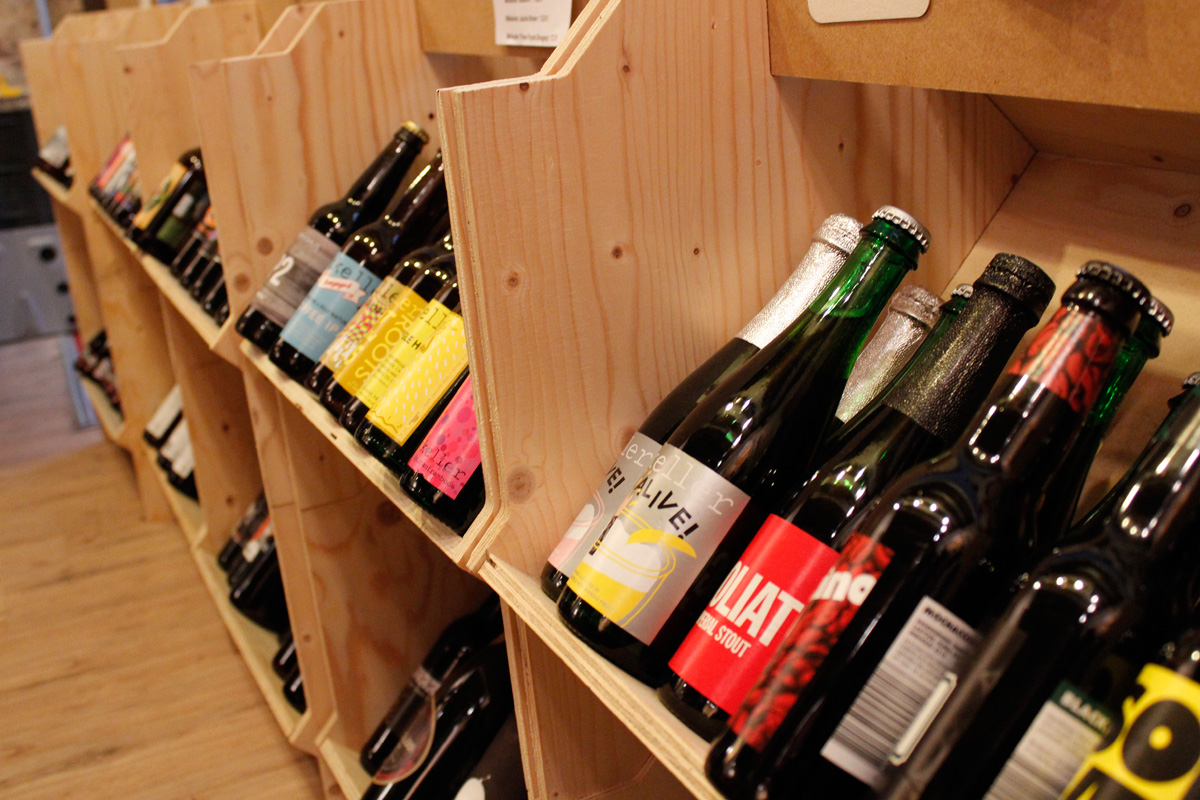 You see, Simon not only owns one of the only craft beer stores in Paris, he is also a partner in La Fine Mousse, one of the only craft beer bars in Paris. La Cave à Bulles is the place to go if you want to try beer from France’s burgeoning beer scene or are craving an ultra-hopped American beer. (IPAs are thin on the ground in France!) Simon is incredibly knowledgeable and friendly, and loves to talk about beer. We happened to visit during a tasting for Brewery Thiriez, and the place was hopping with French beer lovers and expats alike.

See that greenery hanging from the ceiling? Those are hops, son. When you see those, you know you must be in the right place.

The selection at La Cave à Bulles is impeccable and Simon loves to talk about beer. Before you make a selection, be sure to seek his expertise. With his help, you will be able to drink some exquisite beer during your stay in Paris.

La Cave à Bulles is open from 10am to 2pm and 4pm to 8pm Tuesday through Saturday, but closed Wednesday morning. They are located very close to the Centre Pompidou, so consider stopping after (or before) you take in the modern art there.

Simon sells the best beer he can get his hands on and considers it a pleasure to talk to you about it. Confidential to Wisconsinites – Simon is partial to New Glarus brewery beer, why dontcha bring him some if you’re going to Paris.