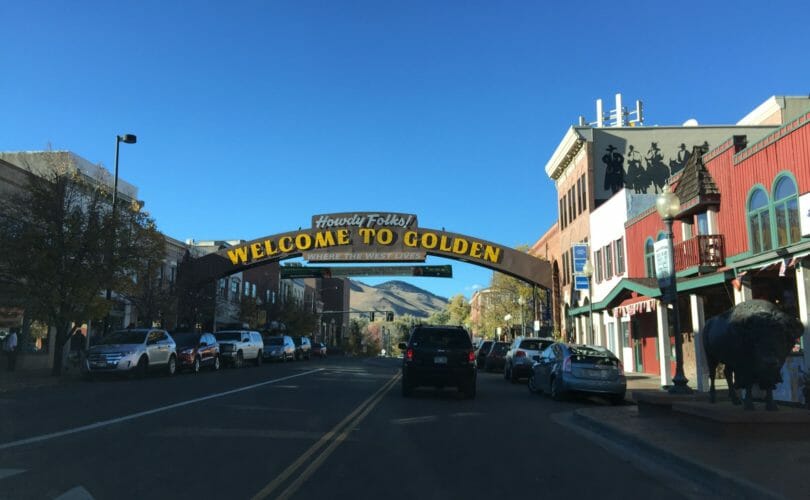 Nestled in the foothills of the Rocky Mountains just outside of Denver lies Golden, Colorado. Since the 1970s, most people have associated Golden with Coors, since the mega-brewery not only calls the town home, but also markets itself using the majestic backdrop of the Rockies in most of its advertising, which is kind of a shame. I drank a Coors Light once*, and frankly, it really didn’t taste like a badass mountain range that dominates an entire continent; it tasted kind of like…water with a little bit of beer thrown in. But I digress. Anyways, if I had to choose a brewery that epitomized the taste of the Rockies and is from Golden, Colorado, I would pick the Golden’s second largest brewery, Golden City Brewery.

Although GCB is dwarfed in size by Coors, it packs a giant amount of taste into it’s beers. They offer a full line, including a Red Ale, an IPA (our favorite), a Stout, a Brown Ale, a Kolsch and many seasonals, each with a flavor and quality that other Golden brewery could only dream of. You can order by the pint or pitcher, or just get a flight of tasters and try them all.

Charlie and Janine Sturdavant started GCB  an in-home operation in 1993 brewing beer in the old machine shed behind their house. Twenty years later, the brewery is still there. The beer garden is the backyard and the tasting room is the carriage house, and the beers are still made in the old machine shed behind the house. It’s a great place to while away a golden afternoon.

Golden City Brewery is open from 11:30 am to 7:30 pm daily, though they may be open later “if we feel like it.” They serve Bavarian Pretzels and Bavarian Pretzel Brats, and there is often a food truck parked out back. You are always welcome to bring in food or have it delivered right to their beer garden.

*I was thirsty and didn’t pack any real beer or water for a short canoe trip. My brother-in-law is a Coors fan…

Road Trips Change After You Have Kids