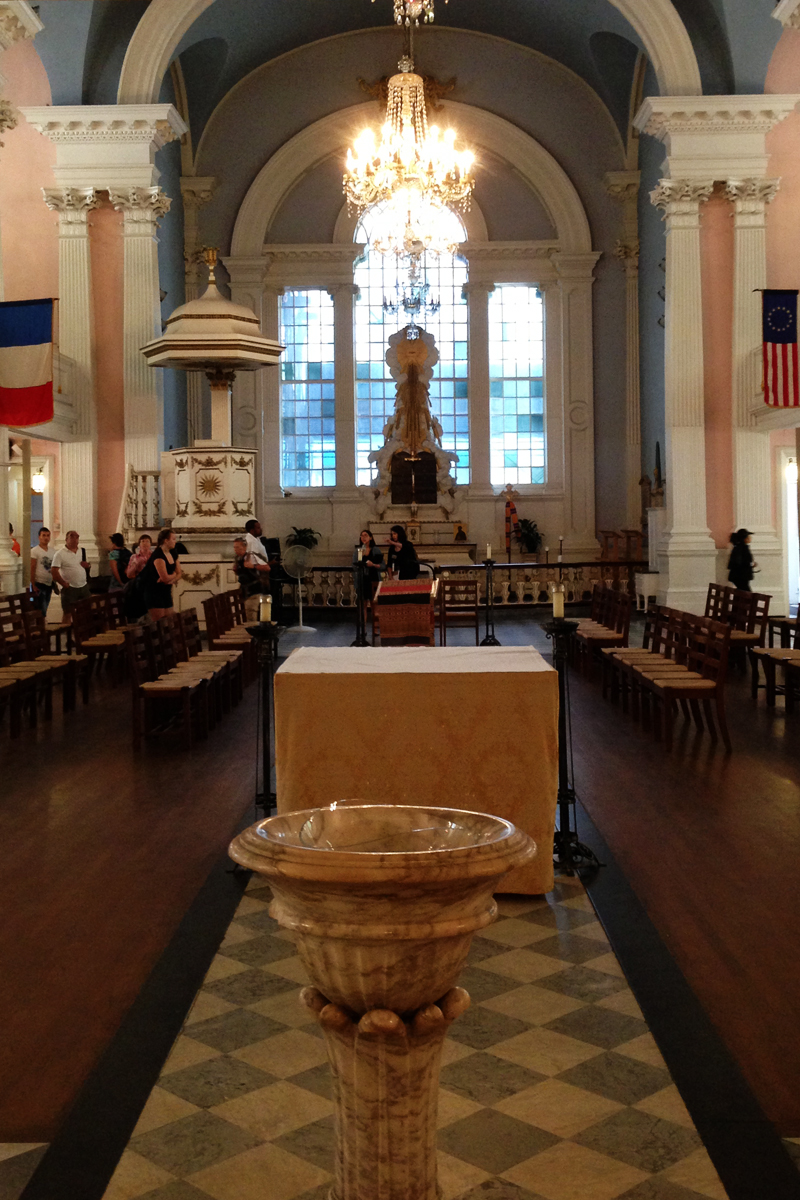 My freshman English class barely remembers 9/11. As well they shouldn’t; they were two or three years old, after all. It’s like being thirty and trying to remember the Challenger explosion or being fifty and remembering the JFK assassination. You know it’s important, but like 99% of history, you weren’t there to experience it and it’s lost in the ether of “important events” like Pearl Harbor or the Revolutionary War.

But that’s the nice thing about visiting places like New York. The history is so intertwined with the present, that you cannot but help but notice it all around you. Walk the Brooklyn Bridge or peer at the Empire State Building or Statue of Liberty and sometimes, if you’re lucky, you even feel transported to that place in history.

That’s what it felt like standing in a cemetery across the street from the nearly-completed World Trade Center Tower (dubbed the Freedom Tower). The terrible memories came rushing back, that odd mixture of helplessness and pain witnessing an event thousands of miles away. If you stare too long at it, you might get caught dwelling on that pain.

So turn around and find solace in the cemetery—which is an unusual place to find comfort. The seemingly erased headstones remind you that death and destruction has touched this area countless times prior to 2001. The chapel, an Episcopal church where George Washington prayed immediately after he was inaugurated in 1789, was transformed from a historical relic into an impromptu triage unit during the attacks. Workers rested there, comforted each other, treated their injuries, sought for loved ones and ultimately mourned them in this 247 year-old building. The kiosks of patches, pictures, flyers in the aisles are now small monuments to this moment—not behind glass cases, but viscerally out there for visitors (especially the children who weren’t witness to it all) to interact with.

The highlight of the experience stands outside the chapel, in-between the building and the cemetery: a bell named “The Bell of Hope”. It rings every September 11th and when mass tragedies strike around the world (the Madrid and London bombings and the Norway massacre). If it looks familiar, that’s because it was built at Whitechapel Foundry, where the Liberty Bell was created. A gift from the church’s sister church in London and transported by London police officers, it’s a reminder that New York’s tragedy was the world’s tragedy. And like the tower across the street, world will heal, rebuild and recover.

This is still a busy commercial spot, so don’t gawk too long or you’re bound to run into someone. To best avoid traffic, take the “E” train downtown to the WTC site and St. Paul’s Chapel. The church and cemetery are generally open from 7 AM to 4 PM, but check the website before going.

St. Paul’s Chapel is a beautiful reminder of what where we have been and all that we still have to do.