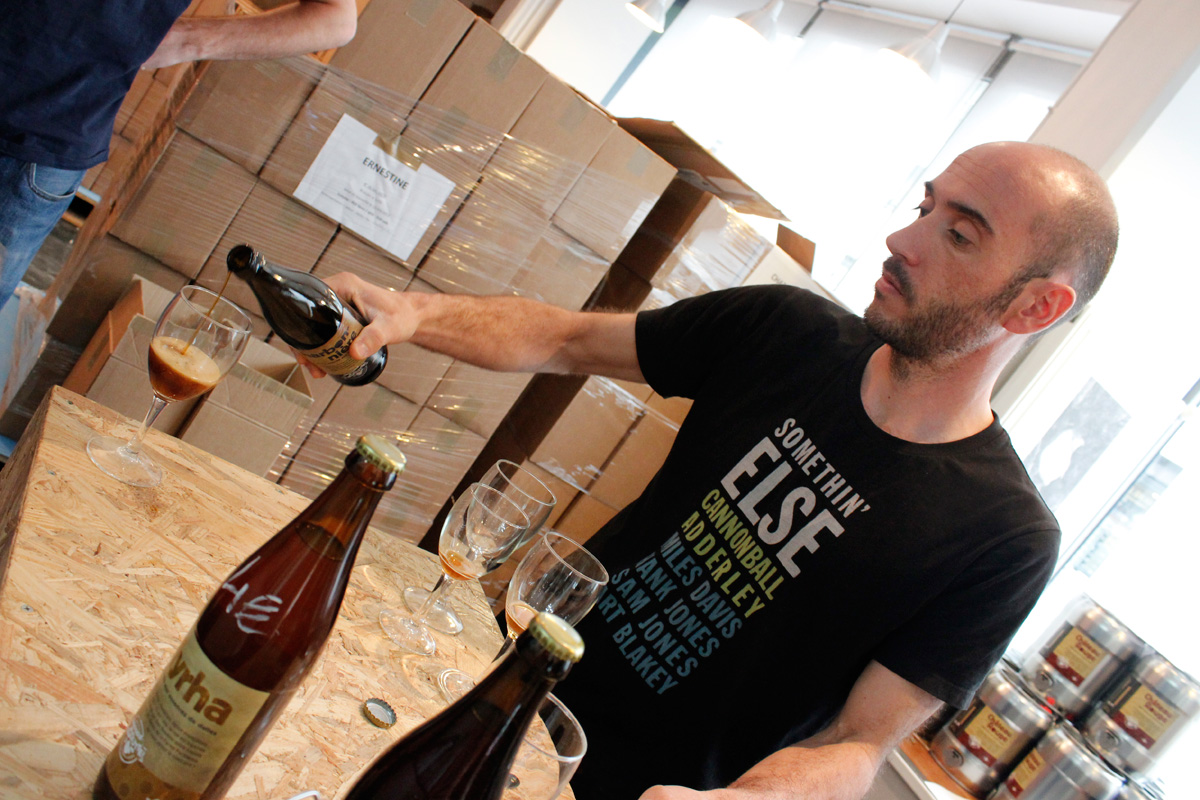 Something big is happening in Paris. After years of simply sipping Kronenbourg in their shandies, Parisians are rediscovering craft beer. A hundred years ago, every neighborhood had their own local brasserie. (Brasserie means brewery, after all.) But just like in the states, the big players crowded out the little guy, and one by one, the local beers died and macro beers reigned supreme.

Brasserie de la Goutte d’Or is out to change that. Located in the predominantly North African neighborhood of Goutte d’Or in the 18th arrondissement, brewmaster Thierry Roche is creating craft beer that is firmly rooted in the neighborhood’s local flavors. He uses ingredients found in the nearby famous open-air market, le marché Dejean – like spicy red peppers and sweet dates – to infuse his brews with the personality and panache of the district.

Indeed, the four beers that Goutte d’Or brews are named for streets and landmarks around the brewery. Château Rouge, an amber ale that has a balanced, malty body curled around a spicy heart courtesy of red peppers, is named for the metro stop just off the market. Myrha’s champagne dryness is countered by a sweet base of dates, while Ernestine, Thierry’s IPA, is an American style hopped beer with an infusion of rooibos and cola nuts. Our favorite was the Charbonnière, which is quite possibly the best smoky beer on earth. Again, this beer is superbly balanced, and while the smoked malt is definitely the dominant flavor, it doesn’t overwhelm you and make you feel like you drank a vial of liquid barbeque. All four beers are fantastic, created with passion and a commitment to quality.

The brewery is open to the public on Thursdays and Fridays from 5pm-7pm and on Saturdays from 2pm-7pm. Thierry is more than happy to let you sample the beers and indulge in general beer geekery with him.

The brewery is a one man operation. Thierry brews, bottles, kegs and markets the beer all by himself.

Although it is tiny, it is perhaps the chicest brewery we have ever been too. But then again, this is Paris.

If you love craft beer, put this brewery on your must-visit list.

The brewery is only open to the public on Thursdays and Fridays from 5pm-7pm and on Saturdays from 2pm-7pm. If you can’t make it to the brewery, here’s a handy map of where beer from Brasserie de la Goutte d’Or is sold.

Visiting the birthplace of the craft beer renaissance in Paris is a unique and not-to-be-missed experience.